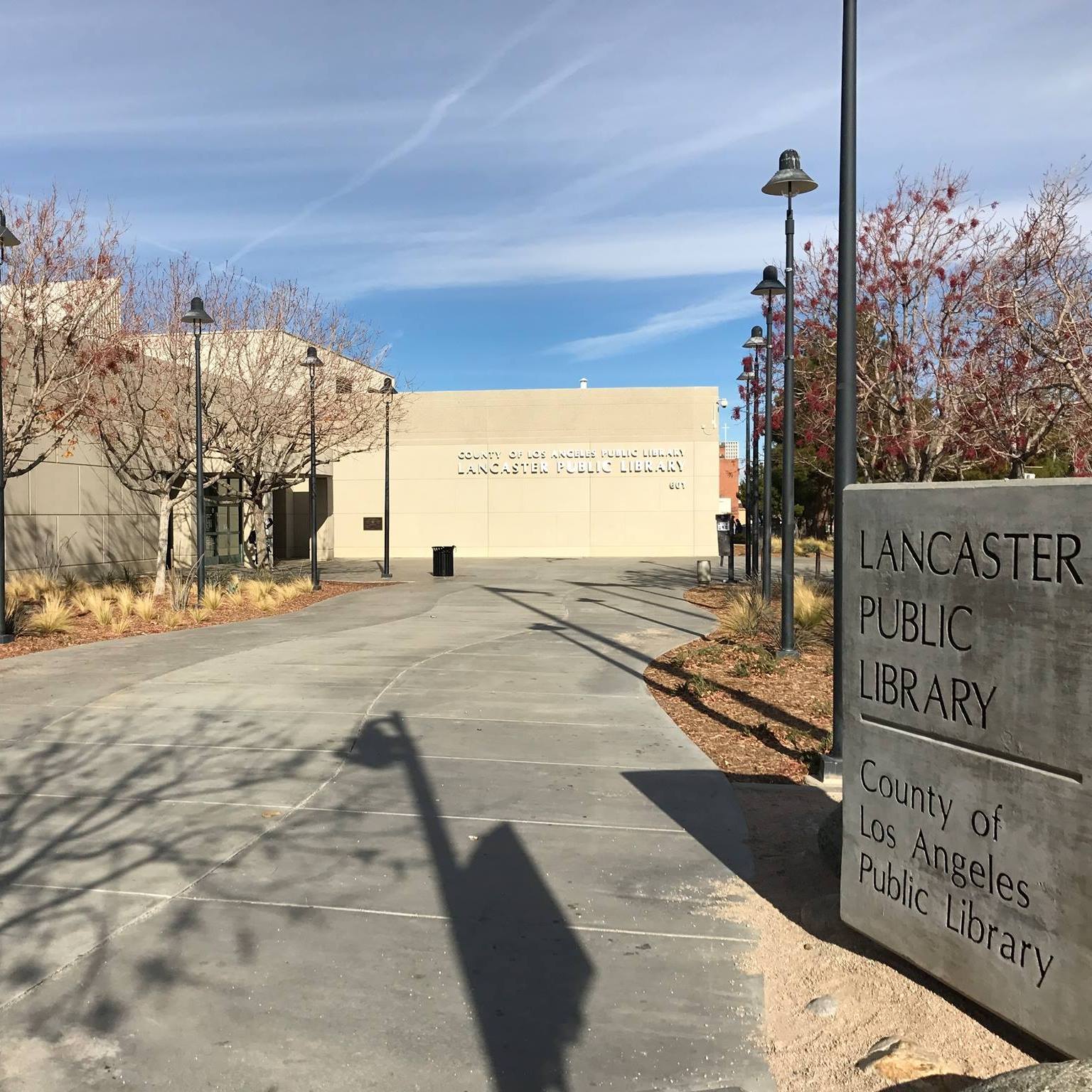 Visit the Veteran's Resource Center at the Lancaster Library.
The original Lancaster Library was established by the Los Angeles County Free Public Library in October 1912 in the Antelope Valley Union High School which was located on the southwest corner of Tenth Street (now Lancaster Boulevard) and Cedar Avenue. Subsequently, the Lancaster Library occupied space in a local drugstore, the Chamber of Commerce, and the County Justice Court.
In 1950, the Library moved to Fig Avenue and provided library services from this site for the next fourteen years. The expanded Lancaster Library opened on West Avenue J in 1964.
Due to rapid population growth throughout the Antelope Valley, a new library was built in 1995-1996 on Lancaster Boulevard in the Lancaster Old Town Site to provide library services to the residents of Lancaster and the surrounding communities.