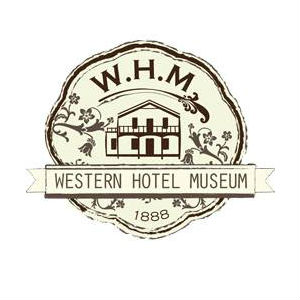 The Western Hotel Museum plays host to permanent displays of historical artifacts from the Lancaster Museum/Art Gallery’s permanent collection. Most of these objects, ranging from Native American stone tools to old mining equipment to photographs relating to well-known residents of Lancaster, have been donated by members of the public & so constitute a preserved record of the history of the area.
Exhibitions on view include: Antelope Valley Mining, the California Missions, Fashions from the Past, Antelope Valley Native Americans, & many early Antelope Valley photographs & historical items. Built around 1888, the Western Hotel Museum is downtown Lancaster’s oldest surviving structure. As a hotel, it has gone through several names, including the Antelope Valley Hotel, the Gillwyn Hotel, & lastly, the Western Hotel (c. 1895). Its most famous owners were George & Myrtie Webber. Myrtie died in 1978 at the age of 110. Western Hotel is preserved & saved by the Western Hotel Historical Society, the Western Hotel has been a City of Lancaster Museum since 1989. Annual special events include a summer outdoor silent movie & old-fashioned ice cream social. During the holiday season the interior parlor is decorated in a Victorian Christmas style.

All Photos and logos are copyright protected 2021 The BLVD Association